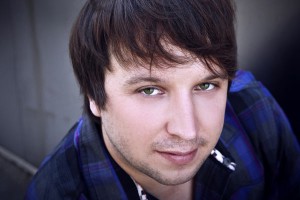 Kosta Lois is a Los Angeles based award winning producer, composer, songwriter, and musician. Throughout his career, Kosta has built his reputation by recording scores of artists, writing with and producing for dozens of current hit songwriters and artists, all while fine tuning his craft as a true professional. With an ear to the ground and a gifted music education kicked off with the “Seattle Symphony Young Composer’s Scholarship and Award”, Kosta seamlessly fuses current sounding radio-ready pop with the highest degree of artistic musical integrity.

With his own A-series professionally equipped recording studio in North Hollywood (CA), Kosta prides himself on his passion for music and his consummate dedication to masterfully creating songs that are of the highest caliber for each artist and project. With such a diverse and trained background, Kosta thrives on being challenged and works comfortably in all genres of music while getting to the heart of what the artist or project needs, not only as a producer, but also as a songwriter, composer, arranger, pianist/keyboardist, listener, and music’s biggest advocate and fan.